As the first Irish players to ply his trade in Italy, Armagh's Paddy Sloan was a football pioneer, writes Cian Manning. 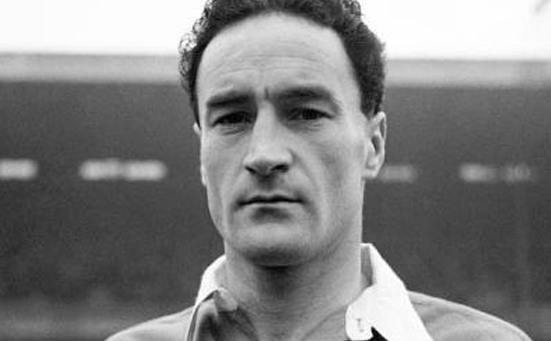 As the first Irish players to ply his trade in Italy, Armagh’s Paddy Sloan was a football pioneer, writes Cian Manning.

When one thinks of Lurgan and professional players, Neil Lennon’s name comes to mind. Yet fifty years before Lennon left his local Irish League side Glenavon for the blue side of Manchester, a young seventeen-year-old would beat a path for not only the former Glasgow Celtic player and manager to follow, but also Liam Brady in plying his trade in lo stivale, the boot of Europe. Paddy Sloan led a pioneering career for British and Irish players in Europe.

Born Joshua Walter Sloan in Lurgan, Co. Armagh, on the 30th April 1920, from an Irish town he would go on to have a career in five different countries devoted to his passion of soccer. His career was conceived with Glenavon in the Irish League before a call from Old Trafford in what was a familiar path for Irish soccer players in the first half of the twentieth century.

Sloan was the first player from Armagh to play for the Red Devils and the 15th from the whole island to don their colours. Joining the club aged seventeen, unfortunately he did not make a single first team appearance in his two seasons by the rivers Irk and Medlock.

A move to Tranmere Rovers in 1939 was considered to revive his career at centre-forward but the outbreak of war in Europe had other plans for professional footballers across the continent. While serving in the RAF as a sergeant pilot he was stationed in Canada and Italy. In the latter country he honed his ball playing skills. Sloan’s playing days, though stunted during the conflict, would bud in Ireland and England with a return to Glenavon and Manchester United.

In fact his greatest goal-scoring season coincided with the final year of the Second World War when he netted twenty-four times with Bath City and Fulham. With Bath he earned his own silverware that of the League West Cup in 1945.

A return to Tranmere upon the resumption of some semblance of normal life began his own grand tour of Europe. He joined Brentford (without the permission of Tranmere) on their tour of Germany which coincided with unofficial international representation for Northern Ireland against England and Wales, scoring against the Welsh.

A move to London with Arseanl saw him endure a torrid time with a dismal return of one goal in thirty-three appearances in the 1946/47 season. However full international call-ups were attained; one with the IFA while two more came with the FAI in which he scored the winner against Spain in Madrid. He eventually dropped down to the Arsenal reserves before joining Sheffield United.

Sloan sought a move abroad and became the first man from the island of Ireland to play in Italy in 1948. In over three years he lined out for Brescia, AC Milan, Torino and Udinese, his move to Milan costing £10,000. He started off steadily, scoring on his debut and consistently until the arrival of Swedish striker Gunnar Nordahl. The two proved to be a formidable pair leading the Rossoneri to a second place finish behind Torino. That season is forever overshadowed by the Grande Torino air disaster which claimed the lives of 18 members of one of the most successful sides in Italian football.

Long before the season reached its natural conclusion, both Milanese sides requested for Torino to be named Serie A champions.

A short lived move to Torino itself was followed by Sloan linking up with Udinese, leading them to promotion to Serie A. After his move from Milan, Nordahl his former strike partner played in the black and red till 1956 becoming the club’s record goal-scorer in the process with 221 goals. Such prowess was a large contributor to their haul of two scudetti and four Coppa Italia winner’s medals.

During the latter years of the 1940s, Sloan was not the only player from Britain and Ireland playing in Italy, with Charles Adcock at Padova and William Jordan at Juventus. Jimmy Greaves was the next player after Sloan from these islands to play for Milan in 1961 followed by Luther Blisset (1983/84), Ray Wilkins (1984-87) Mark Hateley (1984-87) and David Beckham in two different spells between 2008 and 2010.  Hateley is probably the most fondly remembered of them all for scoring the winner in a derby against Inter in 1984 ending a run of five years without a win against the Nerazzurri.

Returning to England for three seasons, Sloan then became player-coach at Rabat of Malta. Now known as Rabat Ajax, they finished seventh of eight teams in that season’s league. Again Sloan may be the first Irish man to attain such a position but he was followed by current Waterford United manager Roddy Collins at Floriana in 2009 in what was an even briefer spell.

Once more a return to England beckoned for Sloan with a number of non-league clubs culminating in the role of coach at Juventus, not of Turin but Melbourne, Australia. In 1964 he was appointed chairman of the National Soccer Coaches Association. He remained in Australia until his death in 1993.

The legacy of Paddy Sloan is now but a footnote in history. Yet as former Ireland boss and AC Milan player (like Sloan) Giovanni Trappattoni often said, ‘the little details are very important’. Whether it was his protracted youth career at Manchester United which players like Eamon Dunphy and Paul McShane can relate to, or for individuals like Liam Brady (undoubtedly the most successful Irish player to play with a continental team) and Robbie Keane (his six months at Internazionale made him the second Irish professional soccer player in Milan), Sloan is in essence an everyman of Irish soccer.

He can be viewed as an eccentric journeyman, a career charted by the effects of the World War, or as a footballing trailblazer. We can all agree that the current Republic of Ireland squad could do with a centre-forward lining out for a side like Milan.