Brady, We Were Born Torun

As we prepare to deploy the Green Army across Europe for Euro 2012, many fans will be basing themselves in the Polish city of Torun due to its location between Poznan, where we open against Croatia, and Gdansk, scene of our Spanish inquisition. Glenn Standish of TorunTips.com gives Póg Mo Goal the low-down. 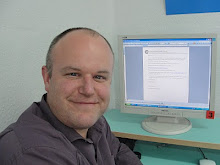 As we prepare to deploy the Green Army across Europe for Euro 2012, many fans will be basing themselves in the Polish city of Torun due to its location between Poznan, where we open against Croatia, and Gdansk, scene of our Spanish inquisition. Glenn Standish of TorunTips.com gives Póg Mo Goal the low-down.

So how are the people of Torun preparing for Euro 2012 and what are their thoughts on the visit of the Irish fans? 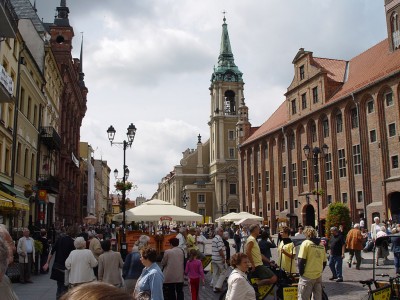 The citizens of Toruń seem generally happy to have the Irish fans in Toruń. The city is organising a series of Euro 2012 events including a Fan Zone and also an outdoor table football competition. I have also been collaborating with Dwór Artusa (a concert hall) in town and we will be hosting The Irish Fans Welcome Concert on Monday 11th June. Polish Celtic band ‘Shannon’ will be performing live and the evening promises to be a warm introduction to the many fans. I have also been in discussion with the annual Beach Volleyball Tournament organisers. On Tuesday 12th June we will have an Irish fans team play against Toruń’s city council in a friendly ‘VIP match’. On Saturday 16th June the YBIG Irish fan forum are organising a charity Fun Day which includes a football match. Money will be raised from the event and donated to a local hospice here in Toruń.

Ireland could bring up to 20,000 to each game in Poland and many have chosen Torun because of its central location between Poznan and Gdansk. Is Torun ready for that amount of fans?

The exact number of fans is very difficult to estimate. But we reckon it’ll be anything from a 1000 to 3000 in Toruń. Some are coming for only a few days to check out the ‘craic in Toruń’ and others are basing themselves for the whole two weeks. Toruń seems pretty prepared. I have already had several meetings with the Chief of Police here and they are ready.

What is the advice you can give Irish fans to respect the locals?

Poles are very friendly but like anywhere they object to verbal and physical abuse.  Polish girls are world-renowned for being naturally very beautiful. But they do expect to be respected as well. It’s still common here for men to act the gentleman and open the door for the lady. God forbid if you walked through the door first!

Are there any local customs we should know about? 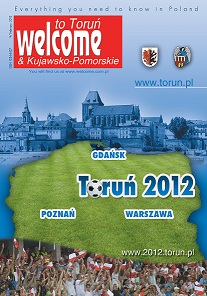 The art of queuing in Poland is something which really is pretty non-existent. Sure, during Communism, people would queue for hours simply to get a loaf of bread, a new washing machine or even a banana! However, these days there seems to be some distaste towards queueing…probably due to a backlash against the past. Now, waiting in a queue doesn’t mean that you will get served when it’s your turn. If you’re not careful some ‘mohair beret’ (elderly woman) will turn up and shove you out of your way. Sure takes some getting used to.

Yet, it always makes me laugh here in Poland. Most Poles do obey the simple art of waiting for the green man. Jaywalking is most certainly not on the cards here. Even if there are no cars coming, pedestrians wait patiently for that red light to turn green. Do not bother trying to get a fine. NOT It’s not worth the hassle. 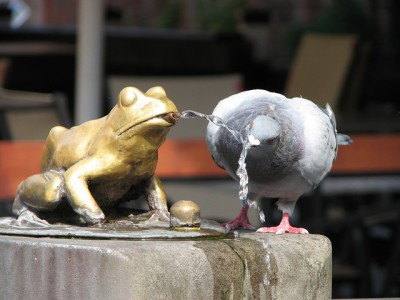 Finally, be careful when you’re about to pay for a meal in a restaurant. Don’t say thank you until you have your change as in Poland ‘thank you’ may mean, in some places, keep the change (even if the change is over half the cost of the meal!)

The Polish currency is the Złoty (pronounced zwot-ee). The currency is also often written as PLN (Polish New Złoty). All major credit cards are accepted throughout Poland. Cash machines (bankomats) can be found dotted around Toruń. Money can be changed in the numerous bureaux de change (kantor) situated in the Old Town.

Try not to pay for things with big notes. Often shop assistants will not accept 100PLN notes.

How about the food?

Żurek, bigos, pierogis, zapiekanka; just a few of the names from the Polish kitchen. Food in Poland is very distinctive and in the fact that vegetables and fruit are used widely, also very healthy. Żurek is a type of sour soup made from soured rye flour. A typically well prepared Żurek will contain anything from boiled eggs, sausages, garlic and carrots. Bigos is a main dish containing a concoction of stewed cabbage and meat.

The English translation for pierogi is dumpling; however this is a little unfair as Polish pierogis are far more delicious than the dumplings you’re used to in Ireland and the UK. Boiled, baked or fried and stuffed with anything from sauerkraut to cheese and salami; Polish pierogis are highly recommended and here in Toruń there are several excellent pierogarnia restaurants. 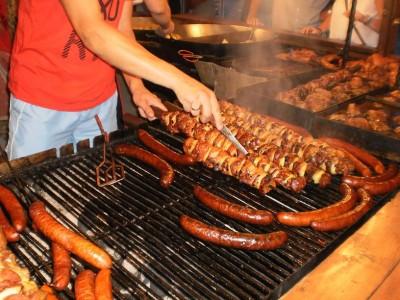 Sandwiches are not so popular in Poland. Gone are the deli bars and stores offering pre-packed sandwiches. At lunch time, many Poles simply devour home-made rolls. Another popular snack though is zapiekanka, a slice of French bread baked with melted cheese on top. This is then served with a healthy supply of either mayonnaise or ketchup on top. Talking of mayonnaise, the Poles love garlic mayonnaise especially on top of their pizzas.

Poles also dine out a little earlier than you Irish. The busiest time for restaurants is around 5pm. If you go later you have a better chance of getting a table (advanced reservations are not that common here). English menus are found in most restaurants.

What are some of the attractions in and around Torun?

There are many places to see in and around Toruń. Visit our website TournTips for a full guide.

Polish football has had a problem with hooliganism in the past. Do you see this as an issue ahead of the Euros? 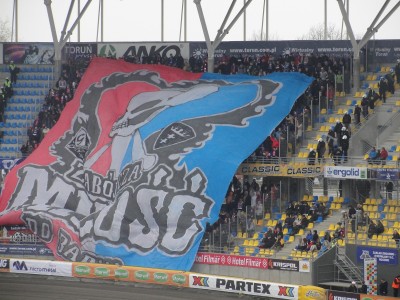 The hooligans are the minority and I hopefully it won’t be too much of a problem. The number of foreign fans should outnumber the number of hooligans. Polish police don’t take any chances and there are usually riot police present at every major sporting event (including even at a speedway match – see my photo taken recently at a speedway game here in Toruń

We’ve heard that Celtic-cross tattoos which many Irish fans wear can be interpreted as a sign of neo-nazism in Poland. Is this true?

First time I’ve heard about this. Not sure if it’s true or not. But if it is then the Irish lads will have made instant friends with the Polish skin-head community!

England fans are not travelling to Ukraine in big numbers because of the high prices charged. what is your opinion on the costs in Torun?

The fact that the prices are still very low here in Toruń is one of the main reasons why fans have chosen to make it their base (that and the fact that it’s a really beautiful place.) Bars assure me that prices of beer will stay the same (which around 6PLN each). There was one incident last month of a local 2 star budget hotel suddenly increasing its price from 120PLN a night to 120Euros a night. They even expected the Irish guests who had already booked their rooms at the original quoted price to pay the new price. Needless to say, TORUNTIPS and the local tourist information centre both got involved and the price is now Polish zloties again. Thankfully, stories like this are not that common here in Toruń.

What are your hopes for the Polish team in the tournament?

I wish the Polish team every success in Euro 2012, and also the Irish team as for sure I will now be donning the colour green and supporting the Irish lads.